The first sip flamed into another sip… 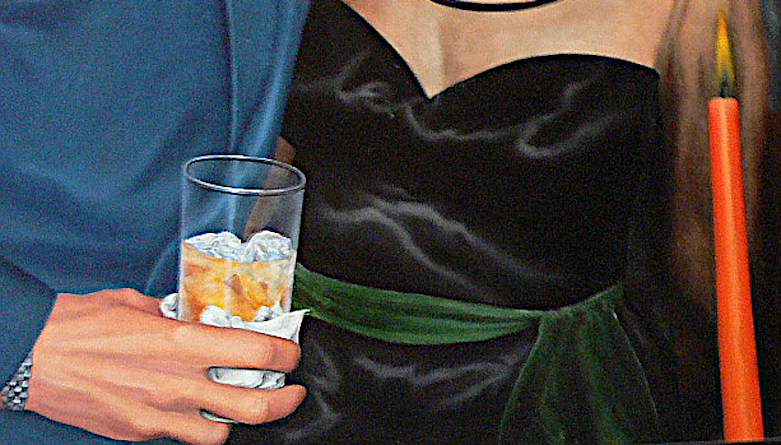 As I wrote this poem, I envisioned the narrator as young man reeling out of control, bursting with hyperbole and outrageous proclamations. The speaker isn’t me—really!—and writing in his voice pushed me to play with language in new, unfamiliar ways. The beat poet Danez Smith gave me some tips during a short, impromptu session at the Miami Book Fair. Originally titled “White Lightning,” the poem found a home in in r.kv.r.y, a quarterly online literary journal that explores recovery from addictions and compulsions in all its incarnations.

In a conversation with several fellow writers, I talked more about how this poem evolved:  Interview with Jackie Craven

After r.kv.r.y published the poem, I decided to reuse it in my collection, Secret Formulas & Techniques of the Masters.  So, I changed the title to “The Absinthe Drinker (Egg Tempera & Oil).” Several other edits were made to establish the speaker as a character in one of my mother’s paintings.

Above:  Detail from a painting © Louise Craven Hourrigan

ALSO SEE:  Art & Writing — How We Draw Inspiration from the Visual Arts